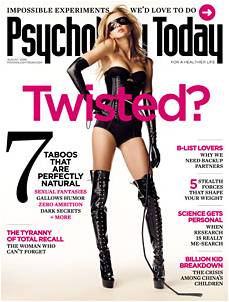 1 thought on “Sadomasochists are no different than Ma & Pa Kettle…”

If you would like to improve anything in your life related to  sex, intimacy or relationships, Dr. Neil Cannon probably has experience treating it and teaching about it. Dr. Neil Cannon is a nationally known master therapist.